BUDGET WILL PROVIDE A STRONGER ECONOMY FOR MONTGOMERYSHIRE 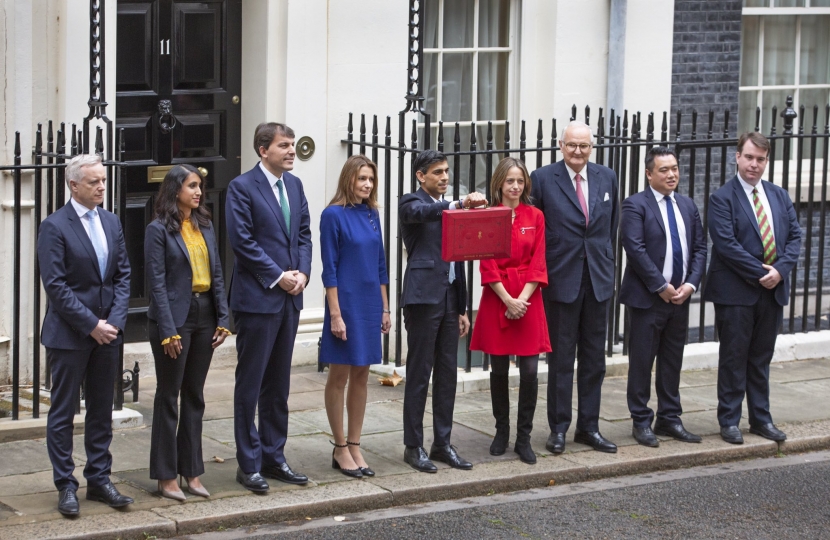 Measures which were announced today by the Chancellor in his Autumn Budget & Spending Review speech include:

Welcoming the measures, Craig Williams MP, who is Parliamentary Private Secretary to the Chancellor of the Exchequer, said:

“One year ago, the UK was in the grip of the biggest recession in 300 years due to the Covid-19 pandemic. Today the UK is recovering faster than our major competitors with more people in work and faster growth. Uncertainty within the global economy though means that recovery is now under threat. That is why I am pleased that today’s Budget & Spending Review will deliver a stronger economy by strengthening our public finances, ensuring debt is falling again, and rebuilding our resilience.

“There are also a wide variety of spending commitments, with £150billion pumped into Government departments with focus on areas such as education, health, transport and the environment. With some of these areas being devolved, the Welsh Government will therefore receive additional funding as part of the Barnett Formula.

“Our recovery will be much quicker than initially expected, with the Budget forecasting the UK’s economy to return to pre-pandemic levels by January. However, it is important to recognise the huge amount of borrowing to support people during the pandemic. Debt has risen to 100% of the UK’s GDP, and that is why a new Charter for Budget Responsibility will commit the Government to reduce public sector debt as a percentage of GDP, and that Government should only borrow to invest in capital projects.

“I am very confident that this Budget will provide the foundations for a much-strengthened economy for Montgomeryshire, and the UK as a whole.”