CRAIG WELCOMES SECRETARY OF STATE FOR WALES TO MONTGOMERYSHIRE 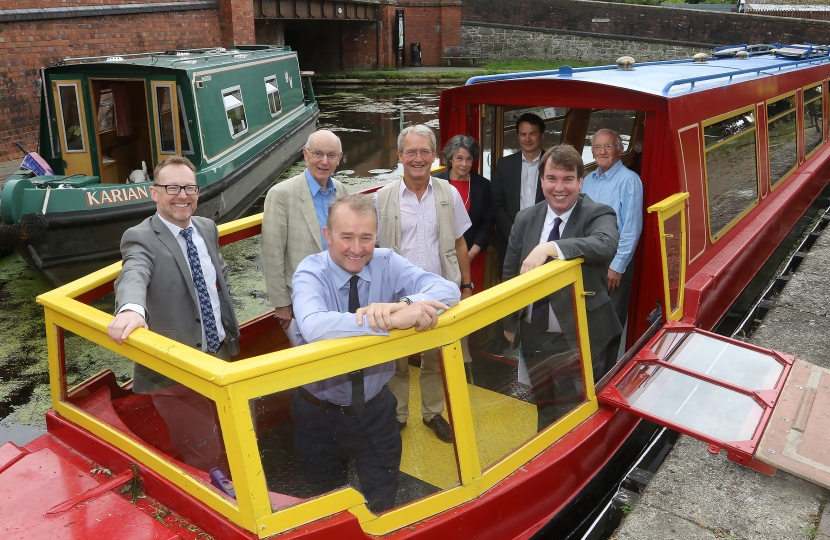 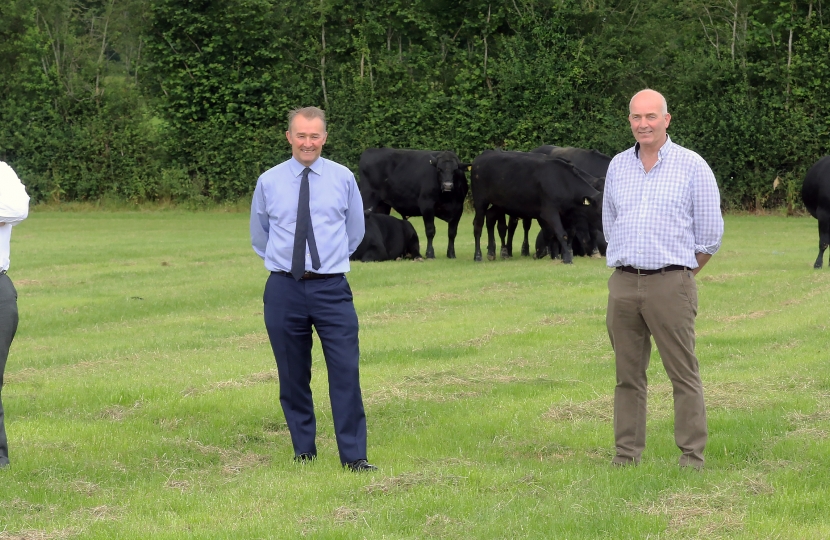 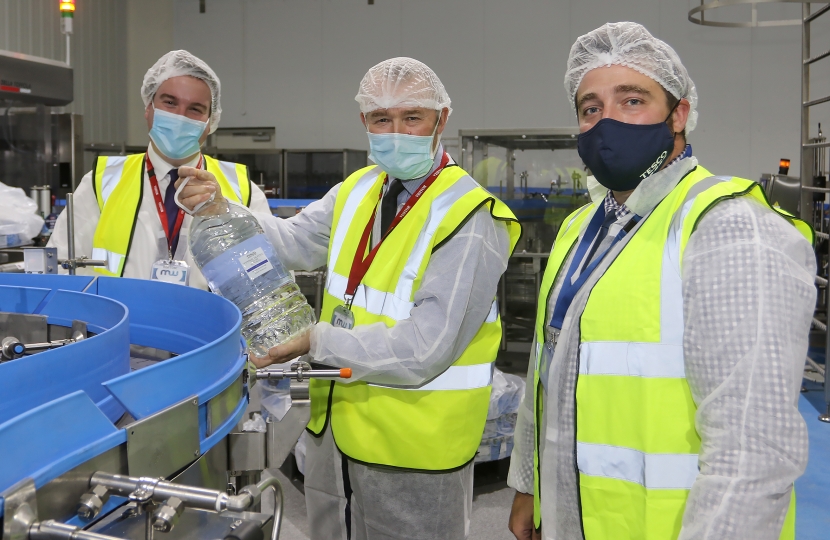 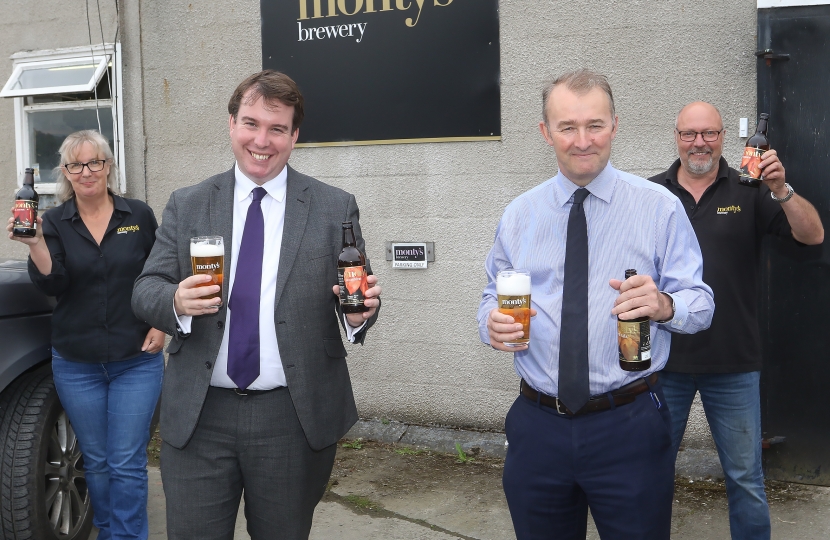 The Secretary of State made visited a number of visits during his stay which included Greg & Dawn Pickstock’s farm in Llanfechain; the Canal Wharf in Welshpool; Montgomery Waters in Churchstoke, and Monty’s Brewery in Montgomery.

“It was brilliant to welcome the Secretary of State to Montgomeryshire. During his stay he visited a number of Montgomeryshire’s success stories across the constituency, including Greg & Dawn Pickstock’s Farm at Llanfechain, a great family business and big exporters. This was followed by visits to Montgomery Waters in Churchstoke, one of the UK’s leading water bottling companies, whose Stretton Hills brand will soon be stocked in Tesco stores across Wales; and to Monty’s Brewery in Montgomery, one of Wales’ finest breweries, where we met with owners Russ & Pam Honeyman to hear about their plans for growth and of course sample their beers!

“The highlight of the day was the Secretary of State’s visit to Welshpool’s Canal Wharf, to discuss the very exciting plans to restore and reconnect the Montgomery Canal to the national network. He met with the fantastic volunteers at the Montgomery Canal Partnership and Montgomery Waterway Restoration Trust, who have campaigned tirelessly for decades and dedicated much of their personal time to restoring sections of the Canal.

“I am thrilled that Powys County Council have submitted a bid to the UK Government as part of the Levelling Up Fund. This wonderful attraction on our doorsteps is a massive opportunity for Montgomeryshire’s economy, and, together with the Secretary of State, I will continue to press the importance of this project with my colleagues in Westminster.”

“Having previously been a resident of Montgomery, it was fantastic to return to Montgomeryshire and to see the very exiting plans to restore the Montgomery Canal to its former glory years.

“It is truly one of the UK’s most beautiful areas, and I was thrilled to be able to visit some of the constituency including some of Wales and the UK’s biggest success stories.

“Montgomeryshire is central to the UK Government’s plans for a more visible and active role in Wales, not least through the Mid Wales Growth Deal and the Levelling Up Fund.

“These are the opportunities that will bring real investment, real growth and real jobs to these fantastic communities for years to come.”

“We were very pleased to welcome Simon Hart MP, Secretary of State for Wales, to see for himself the great potential which the completion of the restoration of the Montgomery Canal will bring to the people of Powys.

“We hope for a favourable outcome to the recent application to the UK Government for funding. Restoration will not only bring economic benefits through increased visitors but also improve the well-being opportunities for people living in and near the Canal corridor, including enhancing the natural and built heritage”.