NO TO LARGE PYLONS 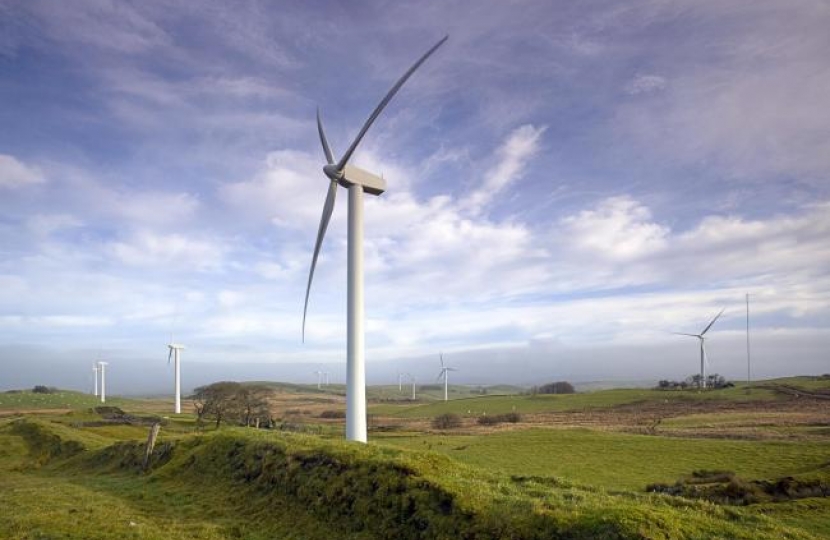 Craig Williams MP and Russell George MS have this week met with representatives of EDF Renewables regarding the commencement of the pre-application process for the Garn Fach Wind Farm proposal, south of Newtown.

Both Craig and Russell expressed their severe concerns about this application, especially given the fact that there is currently no National Grid infrastructure capable of collecting and distributing power generated.

Although the plans are still at the pre-application stage, it will likely trigger a review by the National Grid to re-examine their plans for a potential electricity hub at Cefn Coch. The proposal would also require the erection of 400kV lattice pylons linking the hub to the main grid in Shropshire.

“I am seeking an urgent meeting with UK Ministers to gain clarification over Government policy regarding this application, given that there is no current grid capacity so would trigger National Grid intervention.

“These proposals would bring years of stress and disruption to our communities, blighting our wonderous landscapes with large pylons being driven through localities caused by a proliferation of wind farm projects in Mid Wales. Montgomeryshire’s residents would be faced with either a large-scale 400kV pylon route, or a spider's web of smaller wooden pole lines criss-crossing our hills and valleys."

“I can’t support any windfarm proposal without having knowledge of how generated energy is going to be connected to the National Grid. The people of Mid Wales have already expressed their views on large pylon infrastructure.  Bringing back any such proposals will be firmly rejected again. We know that such infrastructure would be bad for the local tourism industry. Needless destruction of our fantastic natural landscapes will not be accepted”