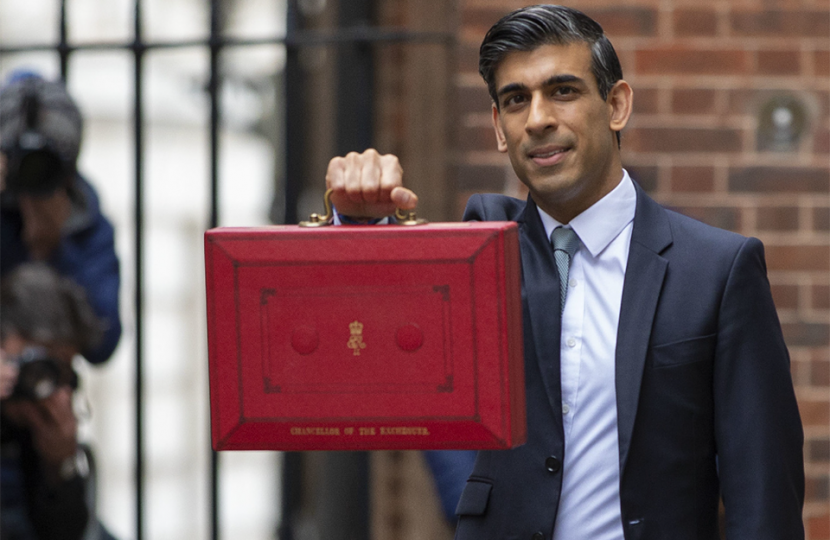 Craig Williams has welcomed today’s Spring Statement by the Chancellor of the Exchequer, stating that the UK Government’s new Tax Plan will directly aid residents of Montgomeryshire with the cost of living through £22 billion of measures.

The Chancellor has today set out a new Tax Plan that will reduce and reform taxes over the course of this Parliament, delivering the biggest cut to personal taxes in over a quarter of a century. The measures announced will help families with the cost of living, create the conditions for private sector-led growth, and sharing the proceeds of growth fairly.

Key measures within the Spring Statement include:

Today’s announcement already builds upon the support measures within last autumn’s Budget, including:

Welcoming today’s Spring Statement, Craig Williams MP, who is Parliamentary Private Secretary to the Chancellor of the Exchequer, said:

“The Chancellor’s Spring Statement announces that taxes are being cut, debt is falling, and public spending is increasing.

“Our new Tax Plan takes a principled and disciplined approach in delivering the biggest cut to personal taxes in over a quarter of a century, enabling us to lower taxes and therefore deliver a large package of support to help working families in Montgomeryshire with the cost of living.

“This includes the largest ever cut in fuel duty; a rise in the National Insurance contribution threshold worth £330 a year; and a cut in income tax worth £175 per year, on top of support measures previously announced.

“The UK Government is only able to provide today’s support because of the tough but responsible decisions we have taken to repair public finances and ensure our economy recovers strongly. This has seen the UK become the fastest growing economy in the G7 last year, with record job vacancies and unemployment back at pre-pandemic levels.

“There are of course concerns regarding inflation and rising interest rates, with rates forecast to peak at 8.7%. This, coupled with interest repayments on the UK’s debt, is why it is vital that the Government must remain responsible on public spending and finances, especially in the face of high economic uncertainty. The Treasury will therefore also establish the Cabinet Committee on Efficiency and Value for Money, which will aim to prevent £5.5 billion of public finances waste.

Craig Williams MP has welcomed news that Powys will receive over £27 million of funding from the UK Government through the UK Shared Prosperity Fund (UKSPF), to help level up communities across the region.