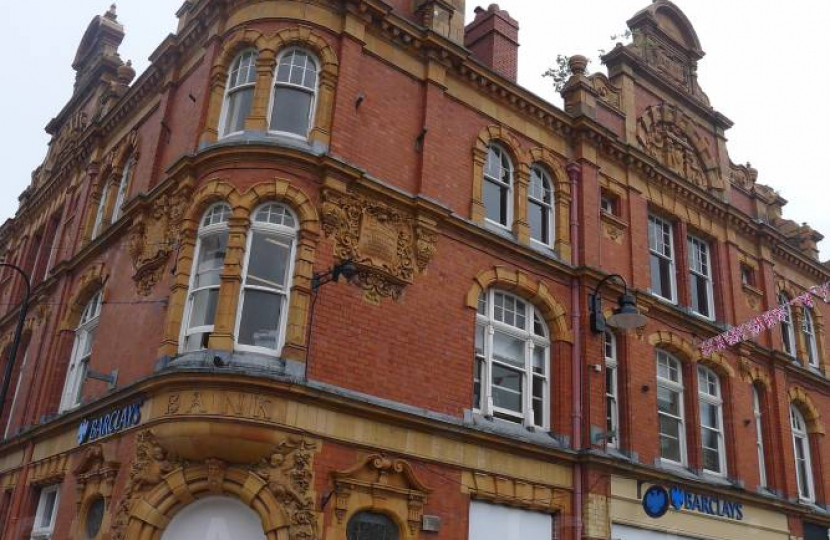 Craig Williams MP has expressed his concern and disappointment over Barclays’ plans to close its branches in Welshpool and Newtown, and is seeking urgent assurances that its banking services will be protected for its customers.

Barclays have today announced that it will be closing its branches in Welshpool and Newtown on the 16th and 23rd September 2022 respectively, stating the decision has been taken due to a sustained fall of in branch customer transactions.

“I am today incredibly disappointed to learn of Barclays’ plans to close its branches in Newtown and Welshpool. This decision will mean that Barclays will now have no physical footprint in Montgomeryshire, which is an enormous blow to staff and customers of both branches, as well as the constituency as a whole.

“Whilst I accept that the number of in branch banking transactions has fallen significantly over the past few years, over the counter services are of vital importance to customers who prefer not to bank online, or who are unable to – particularly in rural areas such as Montgomeryshire. The facility to use the Post Office for some banking services does not fully compensate for the closure of a personalised and local branch.

“I am seeking an urgent meeting with Barclays’ representatives to discuss how it plans to provide services for its disenfranchised customers, and to ensure that continuing to provide personal and tailored services for those without access to online banking is its top priority.”